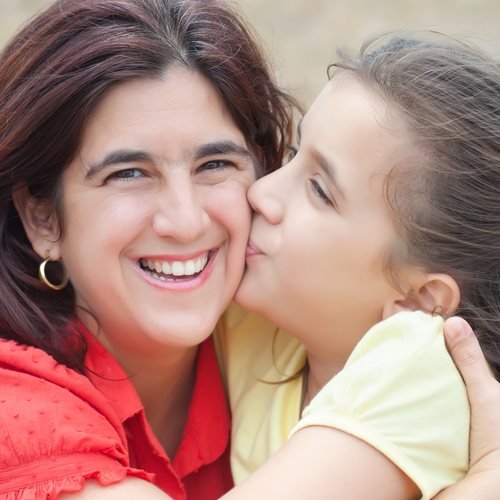 On March 7, President Obama signed into law the reauthorization of the Violence Against Women Act. This new version of VAWA expands protections for Native American women, members of the LGBT community and undocumented immigrants. The passage of this bill, of course, is of great significance to all victims and survivors of sexual and domestic violence across the country.

Since its inception in 1994, the Violence Against Women Act has established a national victims’ hotline, expanded services for survivors of domestic violence and improved the criminal justice system’s response to this problem. It has also helped to change the national dialogue regarding domestic violence.

Hispanic Americans suffer the same rates of intimate partner violence as their non-Hispanic counterparts, according to one study, but suffer higher levels of marital rape. However, they do suffer higher rates of severe violence when compared to non-Hispanic Whites. There are other unique challenges that face some

Hispanic domestic violence victims, such as language barriers and, in the case of undocumented Hispanic immigrants, the fear of being deported or losing their children if they came forward to seek help.

Alianza is the National Latino Alliance for the Elimination of Domestic Violence. Established in 2000, Alianza focuses on addressing the unique needs of members of the Latino/a community who are experiencing domestic violence. Their work and research, however, does help to inform the field of domestic violence as a whole. Alianza’s work over the years has focused on four main areas: policy advocacy, research, training and technical assistance and community education.

The following is an interview with Ivonne Ortiz, training and TA project coordinator and Adelita Medina Executive Director at Alianza, on their thoughts and feelings about the recent reauthorization of VAWA, and the work of her organization in the realm of domestic violence.

The recent reauthorization of the Violence Against Women Act (VAWA) sends a message to people around the country that women’s safety and lives do matter regardless of their race, ethnicity, or immigration status.  The legislation will help expand and improve our responses to violence against women in its different forms, including domestic violence, dating violence, sexual assault, and stalking.

Although the changes in VAWA might seem modest, they do offer increased protections for some underserved and marginalized populations.  For the first time, the legislation includes expanded protections for Native American women and immigrants and provisions for Lesbian, Gay, Bisexual and Transgender (LGBT) victims of domestic violence. The new VAWA also includes provisions to address sexual violence on college campuses, where incidents of rape are extremely high.

We are also glad that it reauthorizes the Victims of Trafficking and Violence Protection Act and adds stalking to the list of crimes that make immigrants eligible for protection.

VAWA authorizes funding for programs that strengthen the criminal justice system's response to crimes against women and some men, such as transitional housing, legal assistance, law enforcement training and hotlines.  This will help to strengthen those systems that currently serve victims and ensure that their responses are culturally appropriate for immigrant victims and other particularly vulnerable groups.

Do you think the law as passed represents a step in the right direction for American Indian women and LGBT people in the United States?

Yes, definitely, VAWA 2013 includes increased protections for Native American women across Indian Country. It gives tribal governments important new tools to effectively respond to crimes committed against Native women. The reauthorized legislation also marks an important win for LGBT rights advocates and communities because it addresses the discrimination experienced by LGBT victims of domestic violence and sexual assault when they seek help, based on sexual orientation and gender identity.  It will enhance the work that LGBT organizations are doing to ensure that VAWA-funded services are able and willing to provide culturally-competent and respectful care to LGBT victims and survivors.

What has your organization been able to achieve in terms of advancing the cause of domestic violence victims?

Our primary work has included

1) Community Education: we work to raise awareness about the devastating effects of domestic violence on Latino families and communities and provide information about existing laws, options, resources, and services.  We have carried out several public awareness campaigns in Spanish and English (via radio, television and print outlets), developed and distributed thousands of bilingual brochures, posters, and public service announcements.  From the very beginning we have promoted the need for women and men to work together to end family violence and have engaged men on our Board, Advisory Committees and staff.

2) Public Policy: we advocate for policies, legislation, and funding that will help Latina survivors, families and communities prevent and end violence against women, including immigrants.

3) Training and Technical Assistance: we have developed several curricula, training materials, a training video and other training materials and resources; we have organized numerous national conferences and conducted dozens of regional and national trainings across the country to enhance the knowledge and skills of organizations that serve Latina survivors, Latino men and boys, and Latino families.  Our training is for both Latino/a and non-Latino organizations, as long as they serve Latina survivors and/or work with Latino men and boys. We have also conducted workshops and offered technical assistance to organizations, institutions, and government agencies in Puerto Rico, the Dominican Republic, Mexico and Nicaragua.

Information and Referrals: Alianza receives numerous calls weekly requesting information, seeking services, training, speakers, materials, etc. Requests for assistance include but are not limited to: statistics regarding the Latino population and DV, print materials, information about direct services (residential and non-residential). We have developed a national directory of domestic violence programs that offer services in Spanish to assist providers in making referrals.

On-line Resource Center: Alianza maintains an online Resource Center (www.dvalianza.org) that includes most of the materials that we have developed—conference reports, informational booklets, manuals, position papers, research summaries, brochures, and a national directory of domestic violence service programs that offer services in Spanish.  It also contains links to other organizations, materials and resources that can provide useful and relevant information for survivors, advocates, funders, policy makers, researchers and others interested in helping put an end to violence against women.

While these efforts have helped to protect and save lives, many programs fall short of meeting the multiple needs of a growing Latino population. Lack of access to many services remains a primary concern for survivors who face diverse challenges and barriers that hinder them from accessing the services they so desperately need.  In some instances, lack of cultural sensitivity and knowledge among service providers about the cultural dynamics of the women and families they serve results in discrimination and exclusion from services, alienating and re-victimizing the very people they intend to assist and support.

As a society, do you believe we have come a long way since the initial passage of VAWA in 1994?

In many ways, there have been many advances made which have resulted in saving countless lives and keeping many women and children safe.  More people, in general, are aware that domestic violence is a serious problem in our society and that it is a crime that has multiple consequences for all areas of our society.  Laws and policies such as VAWA have enabled states and other jurisdictions to adopt measures to deal with violence against women.

Funding has allowed the domestic violence movement or field to create services to shelter and house victims and their families, to offer crisis intervention services and individual and group counseling, to provide training for law enforcement, the courts, and members of the medical profession. As these measures are put in place, more victims feel that they are able to come forth and seek protection and services.

Groups such as Alianza and its counterparts in the African American, Asian, and Native American communities have continued to advocate for the rights of underserved and marginalized communities.   Recent years have seen efforts grow to engage men and boys in the struggle to end violence and to help batterers turn their lives around.

So we believe that a strong foundation has been built and important steps have been taken to prevent and end violence against women.

Is it enough? Do we need to do more?

Absolutely. Despite all the progress and gains mentioned before, much more needs to be done, especially outside of the so called “domestic violence movement.” Because while there has been increased awareness about domestic violence—its prevalence, the existence of laws, availability of services, resources, etc., much work remains to be done to change attitudes and behavior among all facets of our society, including batterers, survivors, their friends and families, the general public, law enforcement, the legal system, service agencies and other areas.

There are still too many police officers who play down the seriousness of calls for help or who side with the abusers; too many prosecutors who say they don’t have enough evidence; too many judges handing out light sentences or dismissing the charges; too many family members, co-workers, and friends who don’t want to get involved; and too many people who continue to blame the victims and excuse the batterers.

Until every sector of our society is willing to assume some role, the violence will persist.

We would like to see a lot more men being held accountable by their compadres, their fathers, sons, or brothers; a lot more women supported by their comadres, mothers, sisters, daughters.  We would like to see more teachers and counselors who know how to help a student experiencing violence in the home; more anti-violence curricula and teen dating brochures in schools; clergy being supportive and sympathetic instead of judging and encouraging survivors to stay in abusive marriages.  We would like to see a lot more city councils, like the one in Cincinnati, Ohio or the South Bend Common Council, passing resolutions and taking a public stance against violence.

Multiple sectors of our communities—domestic violence survivors, their friends and families, educators, policymakers, the media, spiritual leaders, business leaders, members of the health care and civil and criminal justice systems, among others have to take some form of action to raise awareness, generate concern and resolve not to accept it and help create behavioral change.

If you are in a domestic violence situation, please contact Alianza for help. You can learn more about this issue by visiting the Domestic Violence Page.