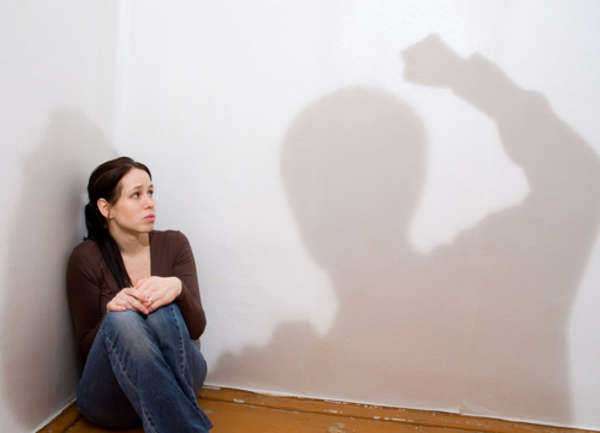 The reauthorization of the Violence Against Women Act (VAWA) was recently signed into law. This new version of the original 1994 legislation both expands and creates federal programs that help victims of domestic violence. This new legislation also provides legal protections for Native American women and LGBT victims of domestic violence. It passed by a vote of 286-138 in the House of Representatives and was signed into law by President Obama on March 7th.

The bill authorizes funding for a national registry of forensic evidence and for more rape kits. VAWA also strengthens trafficking statutes, and even covers men as well. Non-native partners of native women will no longer be immune from prosecution because they committed their crimes on tribal lands, where tribal police could not arrest them and local police originally did not have jurisdiction.

Equality Now is a nonprofit women’s rights organization whose aim is to protect and promote the human rights of women and girls all over the world. Founded in 1992 by three prominent attorneys, it works to eliminate sexual violence, discrimination in law, trafficking and female genital mutilation. It aims to achieve these objectives through international advocacy, conducting strategic litigation, awareness-raising, partnerships and coalition-building and strengthening international and regional human rights laws.

The following is an interview with Shelby Quast, Senior Policy Advisor for Equality Now on her views on the recent reauthorization of VAWA, and Equality Now's work in the realm of domestic violence.

What does the passage of the Violence Against Women Act (VAWA) signify for women everywhere?

It was more what a lack of passage signified – that Congress is truly broken.  Passage of VAWA, including the Campus Sexual Violence Elimination Act, and reauthorization of the Trafficking Victims Protection Act signify that the rights of women and girls' – all women and girls – are human rights.  We still have a long way to go – toward full protection of rights and implementation of the laws but we are moving forward.

Do you believe VAWA could inspire change in legislation in other countries?

It is important not only within the US that VAWA was signed into law but also symbolically to those fighting violence against women and girls around the world.The United States is one of the top donor countries, both to the United Nations and in bi-lateral assistance.  It is important that the US lead by example.  While what the US does may not always inspire change in other countries what it does not do can often support a lack a change — Equality Now often hears from its partners that the fact the US is one of only six  countries that has not signed the Convention on the Elimination of All forms of Discrimination against Women (CEDAW) has been used by other governments to show that CEDAW is not important and need not be implemented. The US really needs to step up and ratify CEDAW.

The new version of VAWA includes important provisions for LGBT people and Native American women. Do you think the law as passed represents a step in the right direction for both groups?

Of course; everyone has a right to live a life free from violence – including Native American women and members of the LGBT community. Unfortunately, women and girls from all backgrounds, in all corners of the world are still subjected to violence and discrimination.  We must continue to advocate not only for the passage of laws that protect women and girls from violence but full implementation of these laws, including education regarding these rights, full access to justice when these rights are violated and accountability when the laws are not implemented.

What has Equality Now achieved in terms of advancing the cause of domestic violence victims here and abroad?

Equality Now advocates for the legal rights of women and girls around the globe and supported passage of VAWA in the US.  We see too often that those charged with protecting the best interests girls often do not do so; family members are often complicit in, if not the perpetrators of, violations against women and girls. Equality Now's work includes supporting legal actions, advocating for the passage of laws and raising awareness on various issues including, for example: incest in Pakistan; incest involving the disabled in Uganda; child marriage in Yemen; forced marriage in Ethiopia; sex trafficking in the US, and sex tourism in Brazil.

Equality Now is involved in partnerships and coalition building, for example, Equality Now is the Secretariat for the Solidarity for African Women's Rights (SOAWR) in Kenya, Secretariat for the all-party parliamentary group for FGM in the UK, on the Steering Committee for the Coalition for Adolescent Girls in the US, and is an active member of International Coalition of Girls Not Brides and GNB USA, the Anti-trafficking Coalition, Civil Society Working Group on Women Peace and Security, among others.

Now that VAWA has been reauthorized, would you like to see the International Violence Against Women Act (I-VAWA), which would address violence against women through U.S. foreign policy, signed into law one day as well?

Yes.  One in three women will be the victim of abuse during her lifetime.  Violence against women and girls takes many forms including rape, female genital mutilation, early and forced marriage, domestic violence, dowry deaths, honor killings, human trafficking, sex tourism, incest, and sexual violence by those in positions of power, including armed forces. In addition to its international work, Equality Now works in Washington, DC to inform and hold accountable US foreign policy on issues regarding human rights of women and girls.  It is important that US foreign policies supports local programs that not only addresses victims of violence but also support local efforts to ensure women and girls avoid becoming victims of abuse.  US and military personnel, including contractors, should not only be better trained on how to protect women and girls from violence but held accountable when their actions violate international and US laws and policies such as the US Zero Tolerance policy on human trafficking. IVAWA can help with such efforts.