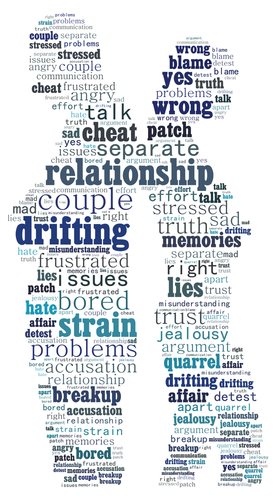 Since 1994, the Violence Against Women Act has provided a holistic approach to dealing with the problems of sexual and domestic violence. One of the manners it did this was by changing how the criminal justice system responded to sexual and domestic violence. It required, for example, that regardless of a victim’s income level, victims are not required to pay for service of a protection order or for their own rape exam.

VAWA required that a victim’s protection order be recognized by every state and territory in the United States, and helped increase prosecution and conviction rates by assisting communities in developing dedicated law enforcement units that dealt with victims of sexual and domestic violence.

The Violence Against Women Act also continues to provide funding for the training of over half a million prosecutors, law enforcement officers and judges annually so that they are better equipped to respond to the victims of sexual and domestic violence. Rape victims were more empowered to talk to police and prosecutors about being sexually assaulted after the bill created the “rape shield law,” which meant that during a rape trial, the defense for the rapist may not use a victim’s sexual behavior in the past against them.

The following is an interview with Deborah DeBare, executive director of the RICADV, on her thoughts and feelings about the recent reauthorization of VAWA, and the work of her organization in the realm of domestic violence.

I think the most important thing is that it got passed. This is the strongest version yet, and I don't think we will ever know if VAWA went far enough until domestic violence is eradicated.

The new version of VAWA includes historic provisions for Native American Women and members of the LGBT community. Do you think the law as passed represents a step in the right direction for American Indian women and LGBT people in the United States?

Absolutely! These were a couple of the stumbling blocks, and it seemed imperative that VAWA protects all victims regardless of sexual identity, or whether or not they are Native American. I actually witnessed the signing and the woman who introduced Vice President Biden, Diane Millich, was a Native American of the Southern Ute Indian Tribe, and she shared her story about marrying a non-Indian man who moved to her reservation and abused her, but the tribal authorities could not prosecute him because he was not Indian. The only reason he was ever prosecuted by the federal government was because when he had fired a bullet meant for her, he accidently hit and injured a non-Indian!  If the new VAWA was law at the time, her tribe would have had the ability to arrest her abuser.

What has your organization been able to achieve in terms of advancing the cause of domestic violence victims in the state of Rhode Island?

We have developed a comprehensive network of victims’ services, shelters, transitional housing, counseling and support services in every corner of the state. We also established a comprehensive program for law enforcement.

Do you believe Rhode Island has come a long way since the initial passage of VAWA in 1994?

Absolutely! There is a world of difference now, and there has been a change in the commitment of the legal system in its response to domestic violence.